Each year I’ve been at Mines, I’ve attended the Mines Send-Off Party, coordinated through the Office of Alumni Relations, near my hometown just east of Sacramento, California. This past July, I met an alumna, Joan Stratton, from the class of 1974. Joan visited Golden this semester and remembered I mentioned being in the McBride Honors Program, named after Mines’ president from 1970 to 1984. She wanted to meet up to share more about the McBride family, as she lived with Guy and Rebekah McBride for some time and got to know them both very well.

Joan shared a story about her first interaction with President McBride. When Joan was a student, he gave a speech to the incoming class, much like President Paul C. Johnson did with my class. She recalled him saying that if students needed help and his porch light was on, they were welcome to knock on his door. She said the light was on at least 29 out of the 30 days of the month, more often than not.

Joan also recalled talking with President McBride when he was starting to develop the honors program, and I was able to share more about what we do.

Joan’s stories, I think, stuck out because I could see how President McBride influenced the honors program’s culture and community. His willingness to help students at any time speaks to the type of students in the program, who are willing to go out of their way to help and support others. Similarly, the reliability of Mr. McBride’s light shows his dedication to academia and the Mines community. I’ve seen many of my fellow McBride students show similar dedication.

Joan also shared that President McBride was a skilled woodworker, which I think encapsulates the program’s motto “Explore Your World.” I think you can only truly find a passion as great as President McBride had for woodworking by exploring a variety of activities and experiences. The McBride Honors Program pushes students to do this in and out of the classroom. The practicum requirement also forces students to explore the world in different ways, which was definitely true for me when I traveled to Nepal in summer 2017 with Hike for Help and the service learning class.

Talking with Joan made me step back and really appreciate that I’ve been so lucky to be part of the McBride community and have the opportunity to embrace everything the program is dedicated to. A Note from the CSMAA President 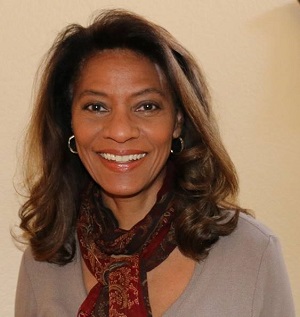